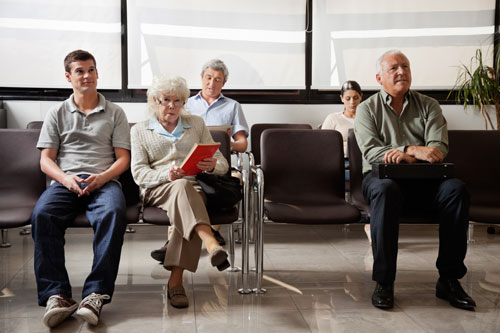 68% of patients would like to manage medical appointments online or via smartphone, survey reveals

Nearly half of patients who have missed an NHS hospital appointment say their absences were due to issues with appointment letters, according to independent research commissioned by Healthcare Communications.

It found almost a fifth of patients (18%) admitted they had missed consultations without cancelling or rearranging it first. Of those who had missed an appointment, a third (32%) said they forgot to attend, while nearly half (48%) stated letter-related problems, such as the letter arriving too late (17%), not being received (17%) or being lost (8%).

The survey also revealed six per cent regularly leave post unopened for three days or more after it arrives. Many patients showed a preference for digital communications, with two thirds (68%) stating they would like to manage medical appointments online or via a smartphone.

The study of 2,000 patients also found nearly three-quarters (72%) said they would like to be alerted to the availability of last minute cancellation appointments by the NHS.

It was recently estimated that almost £1bn is being wasted annually because patients fail to attend. Latest statistics from NHS digital indicated almost 8 million hospital outpatient appointments were missed in 2016/17, compared to 7.5m during 2015/16. However, the survey found that six per cent of patients thought missing an outpatient appointment would not cost the NHS anything, with over a third (37%) saying they didn’t know the value.

About the research
ICM Unlimited interviewed a nationally representative sample of 2,000 adults aged 18+ across GB between 1-4 December 2017. Surveys were conducted online and the results were weighted and representative of GB adults aged 18+. ICM is a member of the British Polling Council.